One Ring to Rule them all: Hobbiton New Zealand 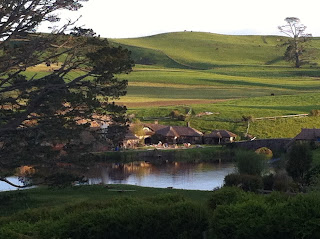 Probably the most timely place to blog about is Hobbiton in New Zealand.... given the release of "The Hobbit" shortly.

Hidden in rural New Zealand, Matamata is a great place.  Just out of town is Hobbiton, and the tours of the movie set.  Through a project with Peter Jackson, the farm owner, New Line Cinema and some very very very timely weather changes, the set of Hobbiton was left on the farm and allowed to be opened as a tourist attraction.

Used even more recently in "The Hobbit", Hobbiton is beautiful in its movie splendor.  Walking around is magical, and will turn children into even the most hardened adults.  Expanded from the original Lord of the Rings films, extra hobbit-holes have been built and the area is even more beautiful.

The tour guide is amazing, sharing insights from the film, the area and everything else you can imagine.  I was privileged to be allowed behind-the-scenes as it were for photos and exploration.

The next element to open at Hobbiton is the pub.  Set to open in December, and I plan on heading there with my friend Johanna to have a few pints of Hobbit Ale, "The Green Dragon" will round out a wonderful location for all to enjoy. 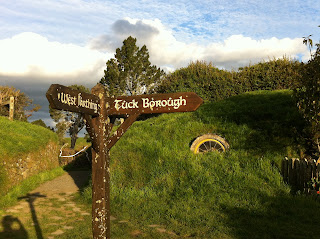 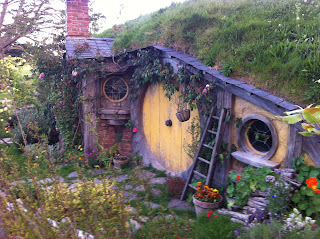