I spent 5 weeks living and working in Changchun, Northern China. It was an amazing time and one I will cherish forever. During my stay I worked in mainly middle schools, and had a chance to live a truly Chinese lifestyle.... Albeit an affluent lifestyle. 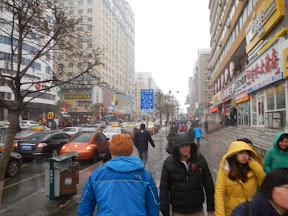 The first thing to note was that because I travelled with money, I had more than most people in the city. Food and entertainment was cheap by western standards, though the Chinese complained at rising prices for things. Admittedly I did not go and buy a Bentley, or Prada shoes, but I definitely did not go hungry or wanting for anything.

Food was cheap. I ate my way through different street and snack foods with gusto. I loooooooved hot pot and pancakes, and candied hawthorns. Gorgeous. However, I did find buying foods a matter of trust. Learning "su" or vegetarian was essential, as was handing over money and hoping that it was enough to various stall holders. I was amazed that products such as bananas in a freezing northern winter were still cheaper than in New Zealand.

Restaurants generally had picture menus to choose from, which was ideal. Beer was also really cheap- working out at about 50 cents a can or bottle. 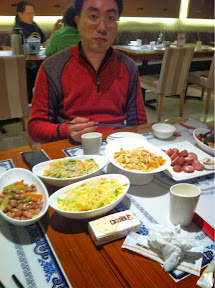 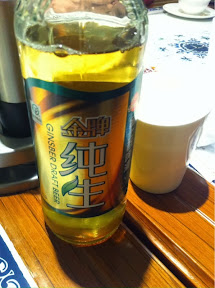 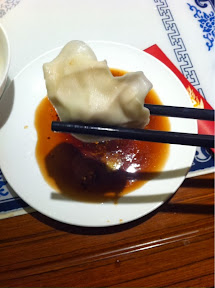 Changchun isn't a tourist destination which made it so wonderful. People were always keen to talk, or touch, or photograph, and would happily chatter away in mandarin even though I couldn't respond in anything but English. I thought I would feel more lonely, but the general non-sensical conversations staved off loneliness well.

The city is filled with wonderful public spaces and parks, which people use. I spent a lot of time wandering in the parks, which filled me with tranquility and joy.... Rather than the malls that I found stressful. 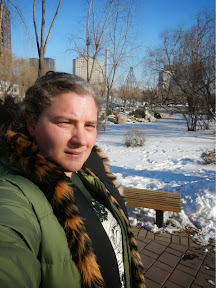 Things to note about travelling to china..... And really, take heed.

The bathrooms are.... Ummm.... Not western. Squat toilets. Often without flushing or doors, and always without paper. It only took one day, a laughter filled conversation with a 16 year old girl teaching me how to use the facilities, and a massive package of tissues that I would stuff in my pockets or bra, before I mastered the toilet. I did get a wee spot of delhi-belly, once in Changchun and once again in Beijing (which was waaaaay worse, thank you Beijing water supply for that)... So splurging on a hotel room with a western toilet is well worth it, or just asking as most accommodations had both options.

Laundry is also an issue, no laundromats or automated machines to speak of for me, but living longer term I would have probably done something else. I always travel with laundry liquid capsules, rather than powder (travelling through airports with unlabelled white powder never seems like a good idea), and these dissolve quickly and easily. Washing in the sink, rinsing in the shower, and leaving to dry in the bathroom on the shower rail and a travel clothes line worked well. There was no humidity, so things dried quickly.

Carrying an address card from the hotel was also genius. This way if I got lost I could get an easily recognized taxi to or from the hotel. All taxis were 2 coloured, with beige. Also, really cheap. Generally 10-20 RNB would get you anywhere you needed to go. Public transport in Changchun was much harder to use as generally people did not speak English. The train was an experience, but required booking tickets a week in advance, and flashing the thing around to every conductor I saw to be sent to the right carriage and seat.

I will be blogging about various sights in Changchun, so keep and eye out here for changes and activities. 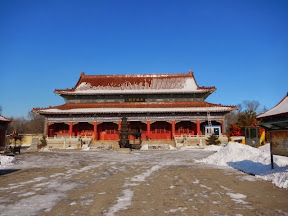